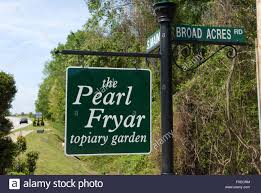 Pearl Fryar nationally recognized topiary sculptor.
*****************************************************************************************************************************************
James Davison Heriot, a Bishopville native who received the Medal of Honor.
Born on November 2, 1890 in Providence, S. C., an area that would be recognized as Lee County when it was established in 1902.  He was killed in action on the battlefields of France on October 11, 1918, just 30 days before the Armistice was signed.  Cpl. Heriot was a member of Company 1, 118th Infantry, 30th Division and was engaged in action in France.  After his heroic death at the battle of Vaux-Andigny, he was awarded the Distinguised Service Cross by Gen. John J. Pershing.  As details of his brave actions became known, this distinction was later upgraded to the Medal of Honor.
The 40/8 Boxcar
In 1947, American newspaper Columnist Drew Pearson was so moved by the conditions in war torn Europe that he called Americans to donate food, clothing, medical, and other supplies to aid France and Italy.  He proposed that a train cross America collecting car loads of donated supplies as it went.
The "Friendship Train," as it was called, left Los Angeles on November 7, 1947 with eight empty boxcars.  The response from across America was overwhelming; eleven days later on November 18, 1947 the "Friendship Train" arrived in New York with 700 boxcars loaded with donated goods worth $40 million.  The supplies were then shipped to the devastated regions.
As the aid began to pour in, a French veteran of WW1 and railroad worker named Andre' Picard was so grateful for America's outpouring of generosity that he formulated a reponse.  He joined with the French Veterans Association to reply with a "Merci Train" of WW1 era boxcars, each filled with mementos from the French people and sent to America.  The boxcars selected were known as 40/8 cars for their ability to transport 40 soldiers or 8 horses to the front lines during WW1. It was a boxcar such as this that carried James Davison Heriot and his Company to the front lines.
The "Gratitude Train," as it became known, of 49 boxcars (one for each of the 48 states, and one to be split by Washington, D. C.  and the territory of Hawaii) arrived in New York Harbor February 3, 1949.  Today, the remaining 43 boxcars stand in their respective states as a testament to these two incredible displays of goodwill and "La Societe de 40 and 8," continues to support many charitable and patriotic programs across the United States.
South Carolina's boxcar, located in the "Memorial Park" in downtown Bishopville, SC, not only represents the benevolence shared by two countries but also serves as a reminder of the role these boxcars played during WW1, and to a lesser extent, WW11. The statue of James Davison Heriot penning a letter home before boarding, is located on the railroad loading platford as a tribute to the many young soldiers that took the train to the front lines to face whatever destiny war demands. His exceptional heroism is memoralized today with the dedication of this statue entitled "The Letter Home."


*******************************************************************************************************************************************
Major James Capers, Jr.
James Capers, Jr. is a true American hero and Force Recon Marine legend who participated in over 50 classified missions, was wounded 19 times in battle and is one the most decorated African American servicemen to ever serve.
He was born on August 25, 1937, in Bishop, South Carolina to a family of sharecroppers during the Jim Crowe era.  Capers' father had served time on a chain gang for a crime he did not commit and eventually fled to Baltimore with his family.  The city was the backdrop for two life-changing moments, meeting the love of his life and future wife Dottie and enlisting in the Marines out of high school.  This would be the start of a legendary career that broke barriers as one of the greatest U. S. Marines in history.
During his service, he would be selected to join the elite Force Recon Marine unit where he excelled, breaking training records, participating in 64 long-range reconnaissance patrols and five major campaigns in Vietam.  He was a natural leader and father figure to Team Broadminded, a specialized group of Force Recon Marines.  Capers and Team Broadminded were routinely selected to go on the most dangerous and clandestine missions in Vietnam.
Missions included a POW rescue ordered by President Johnson, amphibious assaults in the DMZ, recovery of B-57 rumored to have a nuclear bomb, and search and destroy patrols in Phu Loc.
A soft-spoken man, his commendations offer an inspring view of his heroism and self-sacrifice.  Nominated for the Medal of Honor, he has been awarded the Silver Star, two Bronze Stars and Combat V, three Purple Hearts, Vietnam Cross of Gallantry, a Joint Service Commendation Medal, Combat Action Ribbon, three Good Conduct Ribbons, Battle Stars, Navy Commendation medal, Navy Achievement Medal, CC Certificate of Merit, multiple letters of Merit, Appreciation, and Commendation.
His achievements included being the first African American to command a Marine Recon company and the first enlisted African American Marine Officer to receive a battlefield commission.
In the fall of 1967, still recovering from combat injuries, Major James Capers was selected to represent the U. S. Marines in a national recruiting campaign.  With full integration completed only in 1960, Capers' image became the Marine Corps most popular recruitment campaign.
Following Vietnam, Capers participated in many Cold War covert operations remain classified today.
His wife, Dottie and son Gary passed away in 2003 and were buried in Arlington Cemetery.  Capers celebrated  his 50th Anniversary with Dottie one week before her passing.
In 2010, Major James Capers Jr. was one of only 14 members inducted into the inaugural class of U. S. Special Operations Command's Commando Hall of Honor at a ceremony in front of USSOCOM headquarters at MacDill Air Force Base.  Major Capers Jr. is recognized as a pioneer in Recon training tactics which are still used by Special Operations forces around the world.
He and the surviving members of Team Broadminded meet annually to celebrate and honor those who have passed.  Capers currently resides in North Carolina and continues to be a part of the special operations community.